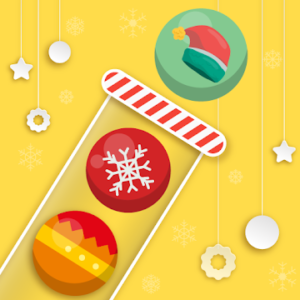 The best puzzle games boil down to how well they give players a real sense of satisfaction. Finding a way to put all the pieces together or solving problems need that special feeling of accomplishment in order to be a good game.

The core concept can be molded around matching colors, painting a picture, or even sorting bubbles. TapNation’s hit, Bubble Sort, is all about that last one, giving players a new way to have fun with puzzles built around sorting a wide variety of bubbles.

The game first launched on December 19th, 2019, and is another great example of the successful TapNation recipe for success in the hyper-casual mobile games market.

The initial plans for Bubble Sort came from one of our brainstorming sessions.

We were bouncing around new concepts and thinking about interesting combinations of gameplay mechanics with friendly aesthetics when someone tossed out the idea of playing with bubbles.

Starting from an inside joke on the common sorting algorithm at first, everyone quickly realized its association with the satisfaction of moving bubbles around. It wasn’t long before we had something we thought could really find a name for itself on the app stores.

After creating a working prototype, we sent it off to a studio for further development and its eventual release.

What Is Bubble Sort?

The core concept behind Bubble Sort comes down to moving the colorful circles around the screen in the most satisfying ways.

The game starts with all the bubbles scrambled into a series of different tubes. It’s then up to the player to put all the bubbles into the right tubes in order to progress to the next level.

There’s a lot of fun to be found in all the ways you can move the bubbles from tube to tube. That mechanic even works with customized skins for the bubbles to give players an added layer of fun.

The challenge for those looking to add some competition to the mix comes in trying to have everything sorted in as few moves as possible.

There are boosts and different modes as well to better adapt to everyone’s preferred play style.  The various game modes and multiple bubble skins keep the game interesting and have players constantly coming back for more.

Whether it’s simply looking to swipe the colorful bubbles around the screen or trying to beat the toughest logic puzzles in the shortest amount of moves, there’s always something more to do in the game.

The love for Bubble Sort and all it has to offer is easy to see with its 15M downloads in just under a year!

More updates are on the way as well so keep your eyes out for much more puzzle fun in the future. 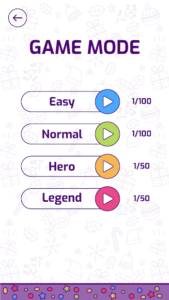 A more complex layer of the intense competition built into the hyper-casual mobile games market is all the similar titles that launch whenever a game starts finding success.

Like many other popular hits, after its initial launch Bubble Sort quickly saw multiple games using its core gameplay mechanic. Other game devs and studios were trying to recreate the magic of Bubble Sort under a different name.

Dealing with imitations adds another dimension to quick iterations and staying ahead of the curve.

Once a game breaks out, countless copies are sure to follow, trying to capitalize on the success of a specific mechanic or art style. That in turn puts more pressure on game devs to find the next big thing so they can break out in a less crowded space.

When the market is flooded with similar looking games, it adds a sense of app store fatigue. Players and devs alike grow tired of seeing what looks like the same game over and over again.

While this cycle can be frustrating and seeing imitations of your hard work can be annoying, it’s important to remember that if people want to copy your game that means you’re doing something right.

An example in recent years was the monumental rise of Travel Frog and all the copycats that followed. At the height of its popularity, there was a significant amount of confusion in the app stores with players not understanding which game was the “real game”. To add more drama to the story, the original title was even taken off the app store for a day!

After everything settled, the original Travel Frog rose to the top and built up an understanding with its audience that it was indeed the original.

The key is learning to let players know you are not only the original, but also understanding how these copycats are also a sign of success.