How To Increase Your User Retention – TapNation

How To Increase Your User Retention

Keeping players interested in a game is an integral part of development. It’s easy to see why. If people aren’t having fun, why would they keep playing?

Everywhere, game teams constantly work on creating a positive feedback loop that reflects that idea. Having a system that benefits players, devs, and the business as a whole is something everyone thinks about from day one.

When every session is designed around making the whole experience of interacting with your game better, it really does create a virtuous cycle.

The intimate connections with players, how they see your game, and why they keep playing is the key to success in the hyper-casual mobile games market.

It’s tempting to throw up your hands and say “we did it!” right after launch, but from the first download to the last update all game devs need to think about retention. 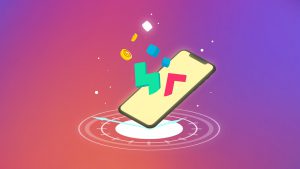 The All Important Session

Getting players to check out your game and play it is one thing, but the real challenge starts with getting those same players to come back time and time again.

Every session needs to be built around adjusting mechanics and rewards to make sure the game loop is simultaneously interesting for returning players while still being simple enough for newcomers. Breaking things down into on-ramping, playtime, and the end of a session help make it easier to see how to combine the best of both worlds for a balanced gameplay experience.

Players should want to spend their free time playing your game.

With the hypercasual mobile games market becoming ever more crowded, mistakes anywhere in a session can quickly cause players to close the app forever. Fighting for the limited attention people have to spare means you must make sure every millisecond is perfect. New players need to know they made the right choice by downloading your game.

Gameplay, art, special deals, dailies, and cheerful messages all help contribute to the complete package of a perfect session. But more importantly, there needs to be a clear path from having your icon catching their eye in the app stores to ensuring retention after just a few actions in your game.

It may seem overwhelming, but whether it’s dealing with basic monetization or developing completely new content, everything can be tweaked to better fit all players expectations and interests.

Keeping these ideas in mind results in a game that will live longer and bring players more fun.

Focusing on how sessions break down and what players expect from each step also leads to the creation of an inherent virtuous cycle. Efforts to increase retention in one area can positively affect the overall quality of the game while also having the game perform better on the market.

Any new game will have an initial barrier to entry that users have to overcome before they ever load up a level.

Games have to be able to grab and keep attention within seconds.

Think about it as finding a way to get players to say to themselves, “I could play that game for a bit, couldn’t I?”

After that it’s a race against the clock. If anything takes too long, the download time, installation time, loading time, or a lack of any more free time, you may have lost a player before they even tapped the screen.

The easiest way to contextualize how difficult on-ramping can be is to use the Starbucks test.

Can you launch and play through a bit of the game in the time it takes to order a coffee?

Once a new player is convinced and has opened up the game, the next step is letting them know their spent time playing will actually be fun.

Players need to be reassured their free time is not being wasted.

A common way to help make the overall user experience more reassuring is offering rewards throughout their playtime sessions and providing sneak peaks at what else they could win if they keep playing. The satisfaction of being properly compensated for your efforts gives the relaxing sense of achievement that is its own motivation to keep playing.

Tying that feeling of really earning a victory into the overall aesthetics and design of the game helps as well. Something as simple as on-screen rewards in the form of a few words of encouragement or in-game characters cheering the player on are always appreciated.

Those small gestures let the player know their work is being recognized by the game itself and also make the experience more immersive.

Right at the end of the level the word “congratulations!” jumps onto the screen.

As a bit of a combination of the previous examples, a rating system for every level with built-in challenges makes for more fulfilling playtime.  Having the game egg the player on by saying, “sure, you beat the level, but did you 3 star it?” is not a sarcastic jab, it’s an extra incentive to show they’re really improving by playing the game.

At its core the playtime itself has to be seen as being worth it for the player. The concept makes sense, but the concrete steps needed are not always obvious. Working with an experienced publisher like TapNation helps providing the insights into how to build out these features and ensure players are getting the most out of a game.

The End of a Session

Hyper-casual mobile games need to be designed around the short time constraints that defines them. More than the gameplay mechanics and overall look and feel, that means constantly thinking about how to motivate players to come back to the game at the end of their short session.

You need to find a return hook that can take many forms, including daily gems, daily chests, or other dailies being one of the most prevalent examples. Any ongoing quest that requires the player to open the app regularly to receive a nice gift achieves the same goal and works in the same way.

The repeated actions incentivize making playing the game a reoccurring habit. Even if it’s just for the dailies, that still means players are interested and are opening the game to pick it up for at least a quick session when the time is right.

Performing all the actions needed for a free chest translates into regularly playing the game.

Notifications are often used in combination with daily rewards to remind players they have something waiting for them. It’s important to provide ample opportunity to come back and claim any prizes while not asking the player to waste their time.

Return hooks make sure players know something new is always waiting for them when they load up the game again, giving them a reason to constantly keep coming back. 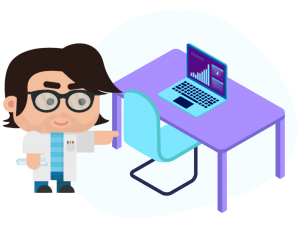 Always Looking at the Data

The answer to these questions must be “yes” in order to ensure success. For a new user, any misstep along the way can lead to never opening up the game again.

While it may seem obvious, the role of the FTUE (First Time User Experience) and how it impacts the development and design of every game needs to be a priority for anyone looking to launch a game in the hyper-casual mobile game market.

If less than 80% of players come back to the game after the first time they play, that’s a bad sign.

Aiming for above 80% FTUE leads to a lot of work in designing specific steps for new players. It can be thought of as a tutorial, but in the best cases the whole process never feels forced.

Following natural instincts, the game should guide players through learning how to play. If they have a good first experience players are then much more likely to come back to the game again.

Going back to questions game devs need to ask themselves, there are 5 big ones that go behind the basic building blocks of a game session:

Being able to unequivocally answer “yes” to all 5 means knowing exactly who your players are and how they play the game.

Keeping a close eye on CPC, CPR, ROI, LTV, and more will help guide you in the right direction and provide the data you need to answer all 5 questions with confidence. 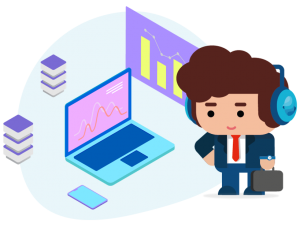 It’s sad to say and even harder to admit, but some players will eventually leave or lose interest in your game. This is another reason to pay attention to the data. If you know approximately when they will leave, you can accompany users reaching the end of their life cycle with cross promo. That way, even if they don’t want to play one of your games anymore, they can become the player of one of your other titles.

In other words, taking advantage of the churn.

After all, making sure as many players as possible are having fun leads to that virtuous cycle where business decisions help studios and devs create a better game for more players.