What Will The Future of Hypercasual Gaming Look Like? – TapNation

What Will The Future of Hypercasual Gaming Look Like?

The simple swipes and pleasant taps that define hypercasual mobile games have become something of a cultural phenomenon over the past few years. The easy to pick up and hard to put down genre has evolved into one of the most popular forms of entertainment.

Players are no longer choosing to play traditional midcore and hardcore games and are instead downloading more and more snack-sized hypercasual games. That shift has led to developers and publishers needing to rethink their mobile gaming strategies.

The entire industry is refocusing on building hypercasual games and the ever-growing market of hypercasual players around the world.

The monumental growth and seemingly endless demand that is synonymous with modern mobile games is impossible to ignore, but it does raise some serious questions about how long the hype can last.

The long-term sustainability of the upwards trends is something that must be considered for anyone looking to push their game to market.

The strong increase in the power of gaming over the last few years has been incredible. It may be hard to believe, but all signs are pointing towards even more growth as hypercasual games continue to tap into the potential of the medium.

An increasing interest in gaming means the market is sustainable.

In the modern world where everyone with a smart device is now a potential player, there are new users looking for more hypercasual games every day.

Everyone with a smartphone, a tablet, a smart TV, or one of the countless integrated devices commonly found in homes today represents a larger and larger market for hypercasuals. Nowhere is this continual growth more evident than in emerging countries.

Many of the most populous countries in the world are still in the initial phases of adopting new technologies like smartphones.

Meeting the entertainment needs of all these people means ensuring an ever-increasing supply of fresh content. For a large portion of the market, that translates directly into people wanting more hypercasual games in the near future.

With that in mind, it’s easy to see why we at TapNation think the hypercasual mobile gaming market is looking incredibly sustainable for the foreseeable future.

Hypercasual games are not only easy to pick up for players, but also for devs. The focus on intuitive gameplay and short game sessions means that solo indie developers and small scale studios have a large role to play in the overall industry.

Many of the common tools used to create hypercasuals are either open source or available for free.

The low barrier to entry paints a clear path for anyone with an interesting concept to create a complete game. As a great example, Unity’s asset packages and game analytic SDKs can help push anyone from being a part-time hobbyist to a full-time professional in a matter of weeks.

The entire ecosystem inherits the open method for learning and creating commonly found in software development. What that means for any small devs looking to catch a break is readily available documentation and multiple public forums for any questions.

If you’re looking to publish a hypercasual game, there really is no need to be associated with a big studio anymore! 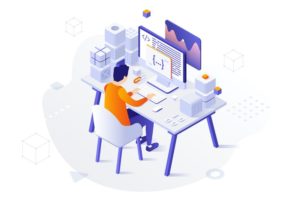 Lowered Expectations for KPIs and Retention

A few years ago the minimum KPIs publishers wanted to see before agreeing to work on a game were much stricter and harder to achieve. The standards have loosened as the entire industry embraces more intense competition.

Lower retention in an already crowded space has forced publishers to rethink their strategies in order to find more success.

There used to be players who would have a single app on their phone, their favorite hypercasual game, and they would play it all the time. It’s now easy for that same person to have 3 or 4 games they choose to play at any given time.

Publishers have been forced to face that reality, lowering their KPIs in response. The industry as a whole seems to have decided it’s better to work on optimizing a game than to hunt for a unicorn with a perfect score.

This new era of increased competition also means there is a greater need for creativity in game optimization as well. More and more effort is put into searching for new marketing methods and gameplay mechanics to ensure a game’s profitability even if it initially shows mediocre stats.

The Role of Publishers

Similar to what’s happening to the rest of the mobile gaming industry, there are now many more publishers than before. What that means is developers now have their choice for who they want to work with to publish their game.

Publishers on the other hand need to work to distinguish themselves among the crowded offers.

One way publishers are currently attempting to differentiate themselves is with increased specialization into specific genres. A couple current examples are Green Panda Games choosing to focus on idle games and Popcore publishing mostly puzzle games.

New innovations in technology and advancements in personalized devices have also led to a shift in the hypercasual market. While very simple games like Splashy! were once all that was needed to satisfy a player, there is a growing trend towards content heavy games even among hypercasuals.

New smartphones with better hardware have opened up possibilities for gameplay and content. The average user now not only does more with their phone, but also expects more from their entertainment.

The “bare minimum” is more than it was in the past.

There are also many users that first learned to tap and swipe with the first generation of hypercasual games and are now looking for more than the most basic gameplay mechanics. Low-end hardware now supports more complex games and higher quality graphics, effectively changing the game entirely.

Internet connections are also much better and more stable now. Without needing to worry about potential players’ access to high speed internet, games can be downloaded much quicker and can include much more dynamic content, including multiplayer functions.

All the software used to make games has also improved and become much easier to use over the years. Unity once seemed like a huge barrier to entry, but now the same piece of software is making it easy for enthusiasts with a good idea to quickly get started on making a hypercasual hit.

Even for TapNation, it would have been impossible to make games like Ice Cream Inc. or Sneaker Art! just a few years ago!

All those factors combined is leading to deeper gameplay in casual and hypercasual games. It’s now easy to find hypercasual titles with daily rewards, missions, and no ads. Some games like Johnny Trigger are even starting to integrate IAP as their main monetization strategy.

Hypercasuals Are Here To Stay

The term hypercasual mobile game as a definitive genre is broad, evolving as time goes on and players’ expectations change. No matter how exactly it’s defined, what’s important is that these snack-sized games are able to be made by anyone and played by everyone. That openness to both players and developers is a part of what differentiates them from midcore and AAA titles.

A group of creative developers that are ready to work on quick iterations in short dev cycles is what’s at the core of every hypercasual game team.

The simple and intuitive content that defines hypercasuals represents a low-risk and easy way to enter the gaming industry. Spending two weeks or a month on a game just to have it fail isn’t a big deal, especially when compared to spending years on a AAA title that then flops right after launch.

The unique niche hypercasuals are filling is only continuing to grow.

With so little risk and a lot to gain, any dev looking to get a start in games should definitely be looking into trying to create something in the hypercasual mobile gaming space.

If that sounds like a good idea to you and you’re looking to publish that new hit, TapNation is here to help make sure it reaches as many players as possible!