Video games have become widely adopted and are now adored by players around the world every day. With this shift to more mainstream audiences and wider appeal, gameplay and user experience have adjusted as well. The meteoric rise of hypercasual games in the last few years puts this trend on full display, providing an accessible entry point for both players and developers.

Creating a game is known to be quite prohibitively expensive. Hiring a strong development team and the rising costs of production are real issues for all studios. When marketing and ongoing user acquisition are added, the costs just continue to rise as the search for players only begins.

However, hypercasuals have turned those tropes on their head, opening up new opportunities for developers without the need for large initial investments.

Hypercasual games are a low-risk way to enter the market and start making games.

To get a better idea of how hypercasuals help game makers enter the professional world of gaming, take a look at these 5 reasons game devs should start making hypercasuals. 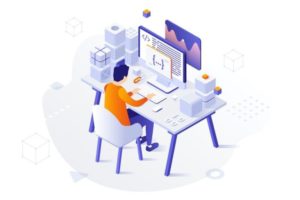 1) Ease of Development and Production

Hypercasual games shine as an easier option for any dev looking to make a game. Incredibly small teams can produce a large number of prototypes every month, testing mechanics and aesthetics to see how players react as a part of the initial phases of production.

Hypercasuals focus on minimalism, shrinking development cycles down to a matter of days. Rather than spending years on a huge project with no guarantee of success, hypercasuals give devs the space to quickly iterate and gauge the market potential of a game early on.

Hypercasual games need to have clear mechanics for first time players without relying on added complexity for longer play sessions.

As a general rule of thumb, hypercasual developers avoid complex gameplay, limiting everything to two mechanics at most. The game has to be simple from the onset, making it more accessible to more people and also easier to program.

Here are a few examples of some of the core mechanics hypercasual developers often choose from when creating a new game: 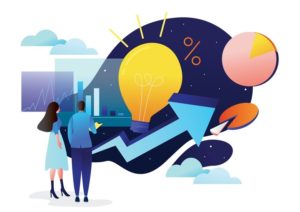 Hypercasual games focus on simple mechanics and quick development cycles, tending towards smaller budgets and more cost-effective results than other genres. Money can sometimes be an issue when work first begins on a new game, but with hypercasuals that hurdle is removed.

Relying on smaller teams significantly reduces costs from the start of production.

Hypercasual games tend to avoid traditional advertising and their expensive TV and radio spots. Social media and platforms like Google and Facebook are not only more affordable, they also provide more data and precise targeting for a larger potential audience.

In practice, that translates into better marketing and more efficient user acquisition that can be constantly monitored through many tools, updating campaigns and strategies in real time, leading to more money spared.

As an added bonus, the creatives found across the internet and on social media are also significantly easier to produce, translating into a more optimized spending as marketing campaigns evolve. 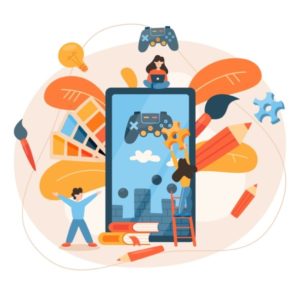 3) Free to Play and Enjoy

Hypercasual games are always free to download and play, removing the price barrier for new players. All they need to do is open up their app store and download them.

Tapping the install button is all that stands between a new player and a new hypercasual game.

There’s no question that making a product free leads to a huge audience, but it can raise concerns for how that leads to a successful business. For hypercasuals, the majority of profits come from advertisements, making use of the large audience while keeping the game itself free to play.

‍The Cost Per Install (CPI) for a standard game usually shifts between 10 to 30 cents. The user’s Lifetime Value (LTV) is then calculated based on how much money they are expected to generate for the game, leveling out to around 20-50 cents.

For an individual user that can look like a small amount, but when the scale is millions of downloads and millions of users everything quickly adds up to large profits. 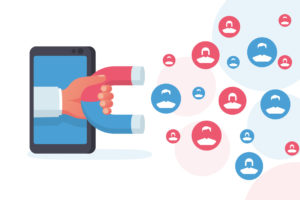 Every single hypercasual game can target people from 6 years old to 66 years old. Young children, teenagers, senior citizens: everyone in possession of a smartphone is a potential player.

The simple gameplay also makes the games snackable and easy to digest. Waiting for the bus or looking to relax after a stressful meeting, hypercasuals give people a way to have some fun when they need it most.

That mass appeal is aided by a strong focus on minimalist design. Hypercasuals aim to make onboarding invisible, opening up players to gameplay they immediately understand without a tutorial. Once inside the game, everything leads towards satisfying goals and clear win conditions.

Everyone can find instant satisfaction within a few seconds of downloading a hypercasual game.

Being free is never a burden for business in the world of hypercasuals. As an example, TapNation has accumulated 280 million downloads since 2019, highlighting the growth potential of the market.

With games like Giant Rush! generating close to 100 million downloads in just a few months, TapNation is committed to helping new games find their deserved success.

Hypercasual games are constantly sitting at the top of the app stores, even in front of major apps such as Facebook, TikTok and Snapchat. This visibility offered by the millions of downloads and players is also very attractive for potential new partners interested in sharing the screen, making it easier to bring them in and broaden your business.

Making use of modern advertising and social media leads to more new players playing your game while spending less on ads.

At TapNation we design hypercasual games that provide entertainment for players around the world every day. We look forward to helping new devs and are always interested in receiving submissions for new concepts. We are already excited about your new game and want to help make sure more people are playing it as soon as it launches.

If you want to make sure your next hypercasual game is a hit, contact us today!