Since its explosion in popularity during the 1990s, anime has influenced everything from live-action film to advertising, social media, other forms of animation and beyond. The world of video games is no exception, and more recently anime has inspired a hugely successful subgenre of hypercasual games.

The overlap between anime and video games is almost as old as the anime explosion itself. So, the success of anime-inspired hypercasual games doesn’t come as a surprise. If you’re a hypercasual developer looking for a hit, it’s worth exploring the anime trend in more detail and finding out if it’s something you can capitalise on.

But before we get into it, it’s probably worth giving one of the most significant pop-culture phenomena of the past fifty years a little introduction first…

An intro to anime

The term ‘anime’ comes from the Japanese word ‘animēshon’, which is in turn based on the English word ‘animation’. While anime refers to virtually all forms of Japanese animation dating back to the early 1900s, it also refers to a particular look and feel. Those of us who grew up watching popular anime shows such as Pokemon, Yu-Gi-Oh, Dragon Ball Z or Digimon know exactly what this entails: bright, bold colours, characters with large, oval-shaped eyes, complex narratives often involving superpowers or the supernatural, and – of course – iconic facial expressions.

Anime became hugely popular around the world throughout the 1990s and into the 2000s, with some theatrical releases such as Spirited Away (2003) receiving critical acclaim and recognition from Hollywood. Today, the anime market continues to grow, with the outbreak of the COVID-19 pandemic further boosting its popularity*.

*Based on a survey conducted by The Association of Japanese Animations and www.grandviewresearch.com

A trend that began in the 1990s was to release anime-inspired video games. Video games based on TV hits such as Dragon Ball and Naruto are stalwart fan favourites. Now there are thousands of popular anime titles for consoles, PCs and mobiles encompassing almost every kind of video game genre.

Why anime video games so popular?

When it comes to explaining the popularity of anime video games, there are several factors at play:

Eventually, the sheer popularity of anime-themed video games flowed into the hypercasual market. This led to a slew of hit games, including: 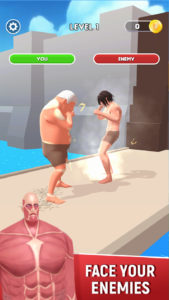 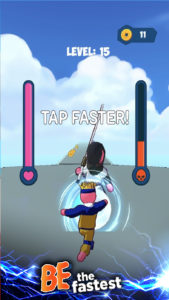 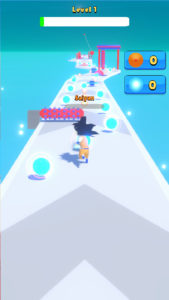 Why does anime fit so well with hypercasual games?

Many anime narratives involve a character starting from a position of weakness before building up to extreme strength. This story arc lends itself well to the goals and mechanics of hypercasual games. On top of that, anime’s already rich landscape of content can be easily adapted to liven up simpler gaming formats. Additionally, anime enjoys a huge global fanbase and is instantly recognisable due to its look and feel.

Considering all this, we expect to see more and more anime-inspired hypercasual games enter the market in the future.

All in all, If you have any further questions about publishing with us and our data tools, check out the publishing page on our site here. You can also email us or get in touch via our social channels.

Why you should take UA into consideration when building a prototype

A Short Guide to LTV