TUTORIAL: How to Publish 3 Top #1 Games in the US – TapNation 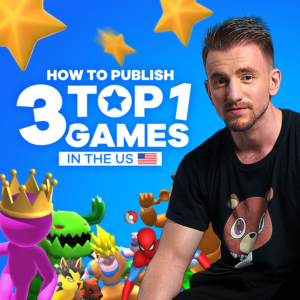 It is no secret that the Hyper Casual market in 2022 has become a bit of a tricky place to navigate in. It seems the market is struggling to innovate and this year has seen surprisingly few big releases. Hyper Casual games come and go but they don’t stick on the top charts the same way they used to.

In this tense environment, as the market complexifies and seems to gravitate towards more of the growing popular genres that are Hybrid Casuals & Arcade Idles; I will tell you about my story and how I managed to release 3 top 1 games, including 2 in 2022.

But first, let’s go back in time and talk about Giant Rush !

The date is 24th of December 2020, Christmas Eve : the CPI of Giant Rush hadn’t move an inch since the start of the testing period : 0,20cts on Facebook. That’s when we pressed the button and scaled up the game on all the networks, and saw Santa come around the next day, and the day after that, and the day after that…

It was the culmination of 2,5 months of dedication. We had worked a lot on polishing the game and making it butter smooth in terms of animations, controls, mechanics & difficulty curve. A lot of the feedbacks that I gave were oriented around what I believed to be the goal of the game; the feeling of power.

The original version of the game was very simple: classic color runner, you pick up ragdolls of your own color which makes you grow in size & allows you to beat the bad guy at the end. But it was lacking moment to moment satisfaction before this final payoff, and had no polish at all, just the bare minimum. These were some of the key feedbacks we added during the test period of the game, which made us grow from 15% D1RR to 45%D1RR:

Which brings us to the most important lesson I took from Giant Rush, and what I felt was counter intuitive for Hyper Casual at the time: The importance of quality and attention to details.

The game went on to stay on the top 10 charts for 2 months, and is now totaling 150M+ DLs worldwide. I strongly believe what made the game so popular was all the efforts we’ve put into each and every section of the game, not only during testing, but also after publishing it. Because yes, to this day, we are still supporting Giant Rush with new updates regularly.

The date this time is the 11th of May 2022, and it’s a special one for everyone at TapNation: not only because it turned out to be our first top 1 release in a year and a half, but also because it marks the first 100% homemade – (DIY if I dare say) – TapNation release !

Personally, it’s a special one as well because it is very similar to my first HIT released : Sneaker Art, in June 2020.

Spoiler alert: The lesson I took from Figurine Art isn’t an original one, but it’s one that is easily forgotten, even though it might be the most important one: Analyze your competitors and take their learnings.

Any game that is present on the top charts or has been present for a long time is the fruit of months of work, sometimes even years for the longest living games. So you better shortcut your way to a HIT and take their lessons directly.

I’ll tell you in what sense it defined our development for Figurine Art. First of all, let’s restate the basics of our market: what is always key in Hyper Casual game development, is lowering the CPI and increasing the LTV, no matter what you hear left and right, it always comes down to this. LTV must be higher than CPI.

For lowering the CPI on Figurine Art, what I originally thought would make our best CPI were super-heroes: Spider-man & Iron Man were our original focus.

We’re in the US, the home of Marvel & the Comic-Con, it’s a figurine centered game, it’s a no brainer right? Well… Wrong. The best figurine in terms of CPI was… surprise surprise… Huggy Wuggy. 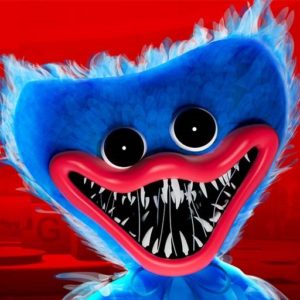 We found this out in week 5 of development, where this should have been a no-brainer from the start. Luckily for us, we already had a decent CPI to begin with, but CPI remains the life or death threshold for all HC games, so better think about it from the start, because this can mean you miss out on a potential HIT by killing a game in its first test.

So that’s one case of how important benchmarking is, from a UA/CPI perspective.

But it’s also key from a Product/LTV perspective. For us, it meant looking at what other simulation games did in terms of mechanics.

To cut it short, for simulation games, it’s always about deconstructing the whole DIY process; to give the player the closest real-life experience possible. It’s what made the difference for Sneaker Art, it’s what Crazy Labs does for all their simulation games, and it’s what brought Figurine Art from 18% D1RR to 38% D1RR in 1 single iteration. Specifically for this game, we just added the following steps of gameplay:

Not only does it reinforce the DIY experience, it also allows for more monetization placements, in between each phase. You shouldn’t wait the end of the customization to show an interstitial to your user in a simulation game. Once a player is engaged in their “DIY customization phase”, they are less likely to quit the game because of an interstitial, at least until they’re done with their item.

If you’ve played the game already, you know how qualitative it is in terms of gameplay & visuals. That is the use of lesson 1: The importance of quality and attention to details.

If you’ve seen any ads of the game, you already know what allowed us to scale it to the top and which popular franchise inspired our design philosophy, so I won’t get into the details. That is the use of lesson 2: Analyze your competitors and take their learnings.

Lesson 3 is my personal favorite and what I enjoy most in this job: Ideation is everything.

We take this very seriously at TapNation. Ever since the start of the company, every Wednesday afternoon, it’s GameStorming time !

Anyone from the company is welcome to join this brainstorming session where people pitch their game ideas, and we grade them. The ones with the best average grade are selected, high quality GDDs are prepared and then sent to studios.

And the results are staggering: our internal ideas yield CPIs that are 60% lower than CPIs from external ideas ! Additionally, 70% of our HIT games are based on internal ideas. And of course, Monster Squad Rush is no exception.

Here’s how the recipe was made :

And Voilà. You got yourself a top 1.

To help you in the ideation process, here’s a few questions to ask yourself before embarking on any new game:

So here it is, here are some of the lessons this crazy market taught me in the last 3 years.

Hopefully this can help fellow developers and studios out there, still grinding to get their first HIT. I’ll leave you with one last advice before leaving: Manage your expectations. Not all games can be top 1, and for profitability, it doesn’t really matter. I’ve seen very (very) profitable games never reach any higher than Top 70. So keep in mind, the top of the charts are not the end all be all.

Thank you to the people that made it this far. I’m grateful that I was able to catch your attention for so long in this day and age.

And if you’re a studio or a developer looking for a publisher, or even if you just want to talk, feel free to send me a mail at florian@tap-nation.io.